(And is it not likely that most customers are more likely to be somewhere between obsessive and sceptical?) 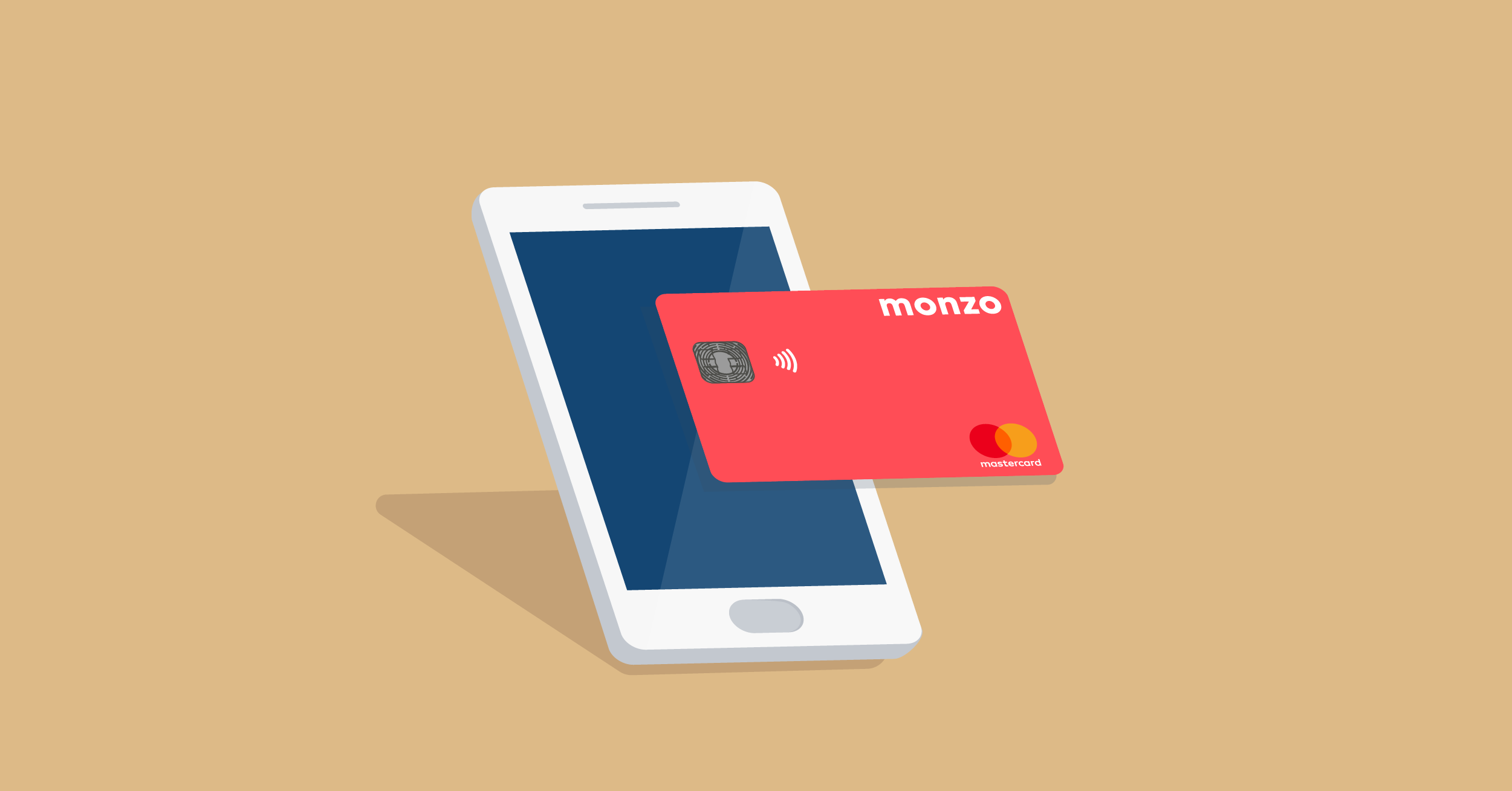 A rundown of features that'll make you fall in love with Monzo.

Monzo has lots of features no doubt, and some will appeal to some people.

No matter what people think of Monzo they are good at marketing, a lot of those features will appeal to people.

Just read through that and it definitely didn’t set my world alight, in fact, I just found it a bit of a yawn to be honest. Do I find their advertising in any way dynamic or exciting? nope, just like I don’t find a black horse running around on a beach interesting. And to just to balance things up seeing as I’m a Starling customer, I wouldn’t say I’m in awe of their adverts either. I guess I’m just not inspired by most of the marketing guff tossed out by banks.

Having read everything I need to read from the Monzo forum, there’s not a single thing that would make me even want to migrate or open a new account with Monzo. I’ve seen their marketing and their adverts and I’m even more convinced that being over a certain age, I’m not in their target demographic anyway.

I suppose the question is, what would Monzo give me that Starling doesn’t? I’d wager not a great deal anything better. I can’t actually believe Monzo push getting paid a day early as a great reason to want an account with them, though it clearly appeals to some people, undoubtedly those whose budgeting skills aren’t particularly well honed.

This isn’t about a comparison between Starling and Monzo and no reason for it to turn into one, that article mentions 15 things that Monzo offered aimed at people that are open to using Monzo, and it offers features lots will like.

To be honest, I think this is part of the reason for the existence of FTT, to compare and contrast offerings from fintech organisations, so I don’t personally see a problem.

I do, every thread turns into Starling vs Monzo and its getting very very boring.

Having read everything I need to read from the Monzo forum, there’s not a single thing that would make me even want to migrate or open a new account with Monzo.

That’s the problem with blurring the lines between the product and the forum (after all, this forum was largely spawned from the perceived need for an alternative place to talk about fintech).

If I were looking to get into the whole mobile banking lark, I’d be pretty impressed with that article. Like it or not, it’s way ahead of anything else (I wish it were not so - I wish the competition for features were stronger).

Most account holders will never go anywhere near their forum. They’ll commit (or not) based on the ads.

Looking at what I already get elsewhere , the things I like on this list are :
1- Get Paid Early (Very useful for people)
2-Salary Sorter

Neither of these would ever make me want to go anywhere near Monzo again after my experience with them but I can appreciate how great these are and I would love Starling to implement something similar.

I can’t actually believe Monzo push getting paid a day early as a great reason to want an account with them, though it clearly appeals to some people, undoubtedly those whose budgeting skills aren’t particularly well honed.

I made this point before. After the first month of your salary being paid a day early, all subsequent months will have the same number of days between salary payments as your colleagues, regardless of getting paid a day before them.

The real reason behind this marketing is that Monzo needs customers to start paying salaries into Monzo.

Until then, it’s still the cheap currency conversion travel card that it started out as. And that’s the way it is still perceived by many.

I was an early adopter of Mondo and none of my friends or colleagues had ever heard of it.

I don’t believe I fit the target demographic of Monzo because they only appear to employ people like themselves. I see diversity in some ways but no diversity of age.

Monzo seems to be for a London-centric young(er) person.

For my younger colleagues whom I assumed would know about Monzo, it’s only recently that they’ve cottoned on to it. They’re surprised when they discover I’ve been using it for three and a half years.

With age comes experience. The getting paid a day early is either innovative or a gimmick depending on your point of view.

It’s not enough for me to transfer to Monzo but I’ll give them credit for coming up with something to encourage people to transfer and it’s quite a good once seeing as their desperate to prove themselves as a proper bank with people paying in salaries.

This isn’t about a comparison between Starling and Monzo and no reason for it to turn into one,

The contributor did not turn it into a comparison with Starling. They did not pick the bones out of it.

They did, however, mention Starling in their post. I really can’t see an issue here?

every thread turns into Starling vs Monzo and its getting very very boring.

I think you’ve made a bigger thing of this than the @Topsy2 who just expressed a view.

You’re making a mountain out a molehill and taking this topic off-topic. Let’s get back to Monzo and the 15-things they’re desperate to want people to like.

I can only thank you. You have understood exactly where I was coming from.

I think you’ve made a bigger thing of this than the @Topsy2 who just expressed a view.

I think that’s probably a fair comment in this case. However, this forum has (at least in the past) a tendency to gravitate towards a Starling v Monzo discussion if both are mentioned in a topic and compared and the same arguments for and against get repeated.

Anyway, back on topic… I’m not particularly inspired by the Monzo specific features and although in the beginning they were a novelty and interesting as an innovation, they just aren’t core features that I need from a bank (and I say this as a Monzo investor).

I sometimes wonder in fintech whether there is substantial case of FOMO and some people just have to have the latest feature or they feel they are missing out on something. For example, the getting paid early feature only works on a practical level once as @Johnny pointed out. However, you do get to brag every month that you are getting paid early and that is less about practical benefit and more to do with what you can talk about. In some cases is fintech all talk and no substance…?

I suppose the question is, what would Monzo give me that Starling doesn’t?

1.15% interest on savings (no upper limit, and next-day access to the cash). Via their marketplace.

I’m not a Monzo customer.
But Monzo offers much more features for current account customers and this is a fact.
Cheap loans
Not the best but good savings accounts…

To be fair, I find the average quid a month interest that Starling pay me on my account, entirely inconsequential and it certainly doesn’t influence any reason to promote the account on that basis.

As for Monzo offering 1.15 percent via their marketplace, surely it would be more beneficial to save with Marcus?

In any case from a personal level, I don’t actually have any savings accounts at the moment because I’m neither well off enough to have a significant amount of money laying around and current savings rates are so abysmal, I’m not entirely bothered anyway.

I find the average quid a month interest that Starling pay me on my account, entirely inconsequential

I have a fair chunk of cash in Monzo (and other bank accounts and investments), so the difference between 0.5 and 1.15 is significant.

I should really do more legwork and find better savings accounts, but I like the Monzo app.

And this is where I suspect quite a few contributors of this forum might be quite wealthy and forget that many of us aren’t in the same position. I’m definitely not living hand to mouth, but similarly I’m not in the position of having extremely large sums of spare money floating around to stick in savings all over the place.

I’m quite sure as you have alluded, if you do more legwork, you’ll find much better rates elsewhere.

And I’m guessing if one doesn’t want to venture outside of Monzo’s particular marketplace because of the convenience factor of having it all there under one roof, then you’re undoubtedly not wrong.

Personally, I’m not one for complete convenience and I will seek out a cheaper option or better deal. You mention cheap loans. If we take Monzo’s rate offer of 3.7% APR rep on loans of between £7000 to £15000, then currently four other lenders currently beat that at 2.9% APR rep. To some customers the difference in cost won’t matter or they simply won’t care because of the convenience of having the product under one roof. That’s not a criticism by the way.