Well, this is an interesting development. Swiss scientists seem to have concluded that children, especially those under 10, aren’t capable of transmitting Covid 19: 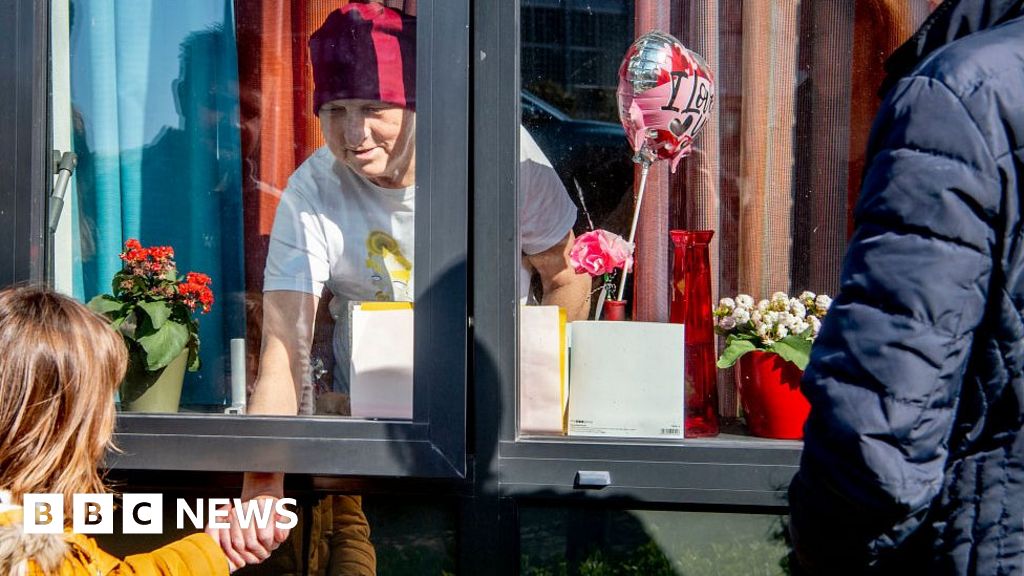 Revised guidelines say children under 10 do not transmit the virus, but some experts express caution.

Now I’ve never had kids of my own (through choice) and so I couldn’t particularly care less one way or the other, but I’d imagine there will be Grandparents all over the UK once they start reading this particular story who will all of a sudden start asking questions of our own Government about why other Countries are allowing certain types of social interaction that the UK Government prevent our own society from doing.

If it proves one thing, scientists all around the globe can’t seem to get their act together and agree on certain aspects of this disease which in turn just makes the general global population question whether some of them actually know what they’re talking about. It’s no wonder some sectors of the population are starting to get fed up with lockdowns because people are starting to wonder what the truth actually is. I do know one thing, I won’t be injecting disinfectant

that the UK Government prevent our own society from doing.

Government is being conservative after being harangued in the media for the herd immunity theory.

Swiss scientists seem to have concluded that children, especially those under 10, aren’t capable of transmitting Covid 19:

Imagine how the children would feel (for the rest of their life) if they were told that they were the sole reason for granny no longer being there.

Where do you think they can get the kids from to perform scientific tests on infection and transmission?

Where do you think they can get the kids from to perform scientific tests on infection and transmission?

I don’t know, perhaps you could enlighten me?

If it proves one thing, scientists all around the globe can’t seem to get their act together and agree on certain aspects of this disease

It’s not about getting their act together. That’s just how science works. People seem to have this false view of science these days as being some perfect religion to follow. Science is extremely flawed because it doesn’t answer question it only moves us closer to a better understanding of something.

It’s not about getting their act together. That’s just how science works. People seem to have this false view of science these days as being some perfect religion to follow. Science is extremely flawed because it doesn’t answer question it only moves us closer to a better understanding of something.

I guess the point I’m making, is that many people won’t have the same perception as perhaps you do. They’ll just view this as a mixed message, so singing off the same hymn sheet if you like, is what others like to see/hear from people who are far more knowledgeable. You may not like that as a valid argument and you may disagree with it. I’m not a scientist, I’m just Joe Public, there’s plenty I don’t understand. I certainly don’t fall into the category of seeing science as a ‘perfect religion’.

I mean your right. It’s also the same reason people are running with this 5g conspiracy stuff. Someone say one study and misread what it said and spread misinformation and now we have people burning down 4g towers.

There are also people burning/vandalising mobile phone masts because they like it, they like the thrill of doing something naughty or just copycatting. Thankfully, most criminals are as thick as pig s*%t and almost always leave some evidential trace.

Of course the biggest problem is, there’s no real deterrent. A few months in prison, even dare I say it, a few years, means nothing to some people. They just take it in their stride, some even enjoy it.

I think I’ll join the flat Earth Society. After all, there’s bugger all to disprove that the Earth isn’t flat, no live television streams from space stations, Hubble etc. It’s just one big lie.

And as if it wasn’t bad enough… 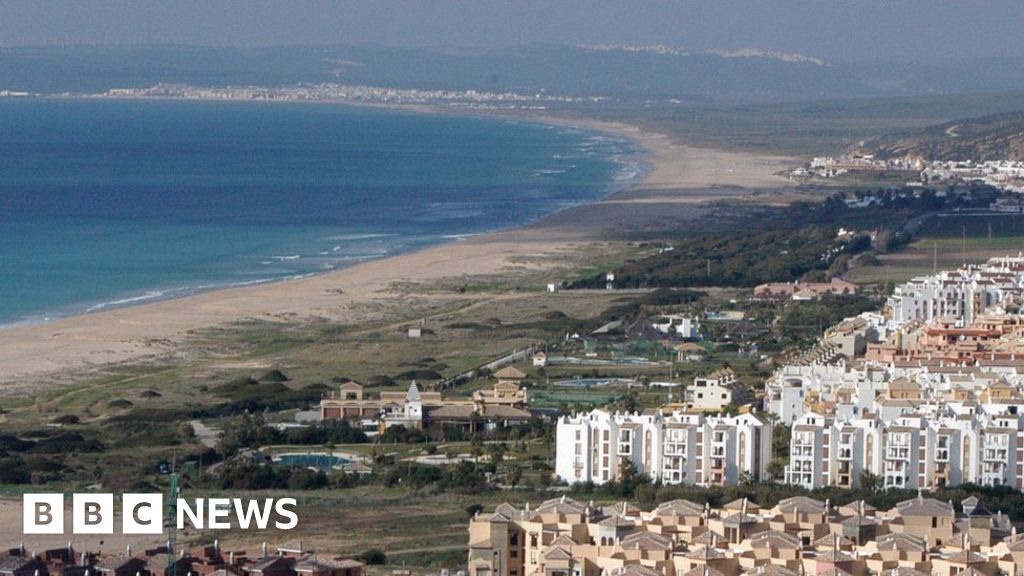 Environmentalists say a misguided attempt to protect residents has damaged a sensitive ecosystem.

How will airlines get flying again?

When passenger planes start flying again, the world of air travel will be very different.

Firms refusing refunds for cancelled holiday accommodation and weddings are under investigation.

And as if it wasn’t bad enough…

Environmentalists say a misguided attempt to protect residents has damaged a sensitive ecosystem.

When there were images from the Far East showing soldiers spraying disinfectant around subways, I remember thinking ‘this is ridiculous’. But spraying it on sand is just devoid of all rationality. It’s just dumb.

This kind of thing just smacks of people in power wanting to be seen to be doing something about the crisis than doing anything substantive.

Well at least it’ll be good material for when “Spitting Image” returns. Methinks, a field-day will be had

Well at least it’ll be good material for when “Spitting Image” returns. Methinks, a field-day will be had

Oh I so cannot wait for Spitting Image to return. I really hope that it’s as funny and controversial as it was back in the 1980’s. I miss that sort of humour, mostly because todays society seems to have lost its sense of humour to some degree, people these days are just far too sensitive it seems.

There are enough characters now, every bit (well nearly) as stark as they were in the ‘80’s. Although I must admit that the opposition benches aren’t quite so well stacked (oh, I don’t know though

The original was unashamedly aimed at politics, but we now have a lot more celebrities who’ll be in the firing line…

There are fewer shouty comedians now, so S.I. will have free rein.

They’ll still be plenty to feed off the Royal Family, the whole Harry/Meghan thing as an example.

I do miss the Reagan/Thatcher/Brezhnev piss take era. Douglas Hurd with his ‘Cornetto’ hairdo, the Chicken Song and all of that. I do actually own a S.I CD full of totally non politically correct songs that would make todays boyz and girlz cringe and probably go whinging to their local MP about.

So I guess someone is going to have to tell me how what Aer Lingus have done in any way makes any sense whatsoever? But more to the point, why have the UK Government allowed a packed flight in from Belfast when they have no idea if any of the passengers have Covid 19 or not? Surely with almost 29,000 people dead, this just doesn’t make any sense?

Passengers on a Belfast-Heathrow flight were sat side by side despite social-distancing guidelines.

So you can sit on packed plane, but you can’t go and visit your own family. Weird init?

Aer Lingus (and by extension, IAG) don’t come out of this one looking good. That simply shouldn’t have happened.

If for no other reason (and there are plenty) you’d have thought somebody would have figured that pictures of the cabin would be in the news the next day. It’s not a good look.

It’s an internal flight though, so from a UK government point of view, it’s not ‘coming in’ from anyway - it’s UK to UK.

It’s an internal flight though, so from a UK government point of view, it’s not ‘coming in’ from anyway - it’s UK to UK.

Well clearly but, and there’s always a but, NI still has a Covid problem. Any one of those people on the plane could be a carrier. They’ll disperse around the UK. Are any of them going to self isolate for 14 days? I doubt it very much. So that in effect is just making a total farce of the current lockdown regulations. It’s the same as allowing people to go to work and travel for example, 100 miles. You could just be spreading the virus and if your asymptomatic, you won’t know you have it anyway. So my argument is, if you’re going to allow people just to fly willy nilly anywhere within the UK and disperse however you feel like it, you might as well take the bloody lockdown off and just get on with life.

Yeah, I take the point. The flight clearly shouldn’t have happened - at least not at 95% capacity.

I remember seeing an interview with a scientist around the time that some nations were implementing tighter border controls. He said that while there was some merit to blocking borders while infection rates were low, doing so while the virus is freely spreading through a population is utterly pointless.

That said, the science we are said to be following (or at least that the government cites as the opaque reasoning for their actions) seems to be ever changing to the point that nobody knows the reasoning behind anything now.

Well it seems Jacinda Ardern is continuing to take a super tough stance in relation to the virus. So whilst she is relaxing the lockdown within NZ, she is not going to allow open border movement from any Country, with the exception of Australia where free movement of citizens is normally allowed anyway between citizens of both countries. In effect, it appears NZ and Oz will probably isolate themselves from the rest of the world for months to come.

New Zealand PM: No open borders for 'a long time'

But Jacinda Ardern said "a safe zone of travel" between Australia and her country may be possible.

To be honest, once the hospital admission rates have dropped to perhaps a couple of hundred a day, I don’t see an issue with allowing near normal freedom of movement within the UK as a whole, but I think it would be a mistake to start allowing wholesale entry into the UK from other countries around the world, Continental Europe included. Once you start opening up the airports to near normal levels, you’ve lost control because you can’t regulate where those visitors are going to disperse to and there’s no way visitors will bother to self isolate.

I think the Government will have little choice in the very near future to allow near normal free movement of people within the UK as a whole because otherwise I forsee patience wearing thin within the population and trouble brewing. Thousands of people in the UK have now been issued with ‘fines’ for breaking the lockdown and it will get to a point where people will just say ‘Sod it, I’ll take my chances’.

Let’s see what the Government’s roadmap is at the end of this week.