Not surprising, we are way off topic now but I’m still waiting myself to get off ADSL.

We are not exactly in an extremely rural area either!

FTTP rollout is supposed to be coming within the next 6 months but (elderly) local district councillors have just put a stop to it as road closures would inconvenience them and their voter base. I’m really annoyed about it!

“You should be at home anyways so why do roadworks matter”

This was exactly what I said to the stick-in-the-mud councillors!

Good advice and I am writing to everyone I can think of, including my MP.

Not surprising, we are way off topic now but I’m still waiting myself to get off ADSL. 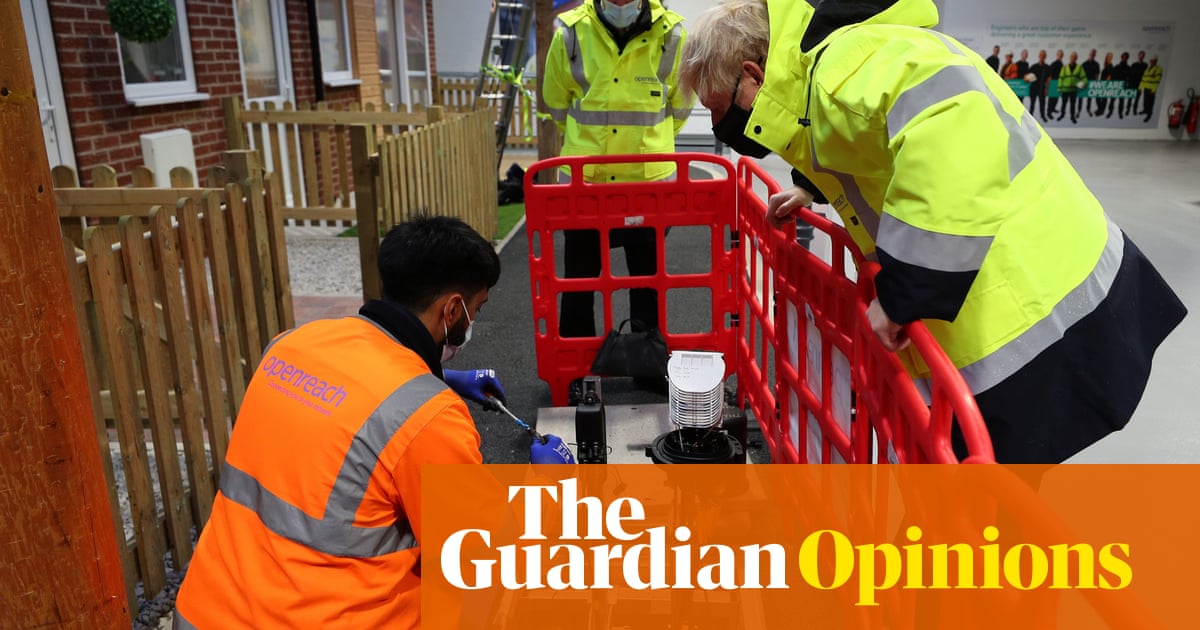 Take BT, whose annual capital expenditure budget is about £4.5bn. Its share price shot up 7% after the budget speech, presumably on the thought of the juicy allowances that can now be claimed over two years for the roll-out of fast-fibre broadband.

If BT responds by getting fibre to premises more quickly, that could be considered a benefit for the nation.

So annoying waiting for FTTP to pass where I live, though my vDSL/FTTC connection isn’t bad.

The new houses being built at the top of my street are FTTP as standard as BT don’t really use copper on larger new-build estates anymore.

I’ve also noticed that they’ve taken the time to pass all the old-peoples bungalows in the next street with fibre.

There’s no word on when they’ll be coming my way, sadly. Very annoying it all being so close, but not here.

At least KCOM seem to be digging up much of the town, so hopefully I’ll get a second bite of the cherry!

I think I read somewhere that KCOM are aiming for 100% fibre coverage in their area by the end of this year?

I know that they did take a strategic decision early on at the start of FTTC to “skip a generation” of technology and go straight to full fibre, which now seems to be paying dividends!

You are lucky if you can get them, though.

My new (hopefully soon) FTTP is a part-commercial, part-subsidised Gigaclear scheme. From what I have read and seen online, their same-speed upload and download broadband is really good once you have got it!

Yeah, this is an expansion area for KCOM.

Traditionally, Hull’s phone company and into East Yorkshire. Think this is the first time they’ve fibred up an area outside of their own area.

Have seen decent reviews of gigaclear.

In York, TalkTalk/Sky*/CityFibre have fibred up big areas of the city and are offering symetrical gigabit speeds. Decent service too.

*Sky are no longer part of the deal.

You are lucky KCOM are expanding as the reviews from people in Hull are very good, from what I read.

It is nice to see KCOM doing well too as they are only a small company really.

I do wonder sometimes how the FTTP nationwide rollout will end up. Will the most remote people ever get connected? How long will they have to wait? Will Ofcom ever update the Universal Service Obligation to FTTP standard?

I also think we are likely to see consolidation of providers, but I hope it doesn’t end up like BT Openreach all over again with virtually all providers owned by a single company. That’s partly why broadband in this country has been so bad until recently, in my view. The other reason is that BT decided long ago (in the 80s) that fibre wasn’t needed so we squandered our head start with that technology.

Oh well! At least we are getting there now

KCOM do seem to be pretty good, but they are not cheap compared to BT. If they are able to deliver to where I am first though, I’ll take it.

Another possibility would be the county council’s own ISP, NYNET, who have just created a fibre ring for public buildings in the town.

Officially, this is for public buildings, etc, (as NYNET cannot go direct to consumer because of state aid rules) but so was the York City Ring that was eventually piggybacked onto and built out by CityFibre and enabled TalkTalk’s UltraFibreOptic (UFO) 1Gbps service.

My understanding about BT and the 1980s was that they were in favour but the government of the day feared that fibre would enable BT to go into the business of competing with the cable companies that the government had just franchised.

Wasn’t born until mid way through the decade, so can’t really claim any authority on that, however!

There seem to be plenty of enterants. Wonder if for the time being Starlink will be the best that some rural users will be able to take?

We have had cityfiber running through Vodafone for about a year now and now talk talk have been allowed onto this network as well. Must admit couldn’t go back now to use to having 500 upload and download just handy with the amount of photos I store in the cloud

I moved into a new build house four years ago. Half the development has FTTC, half can’t get it. I’m in the poor half

The exchange is literally at the top of my street and has been upgraded for fibre. There are two cabinets serving the development, one of which has been upgraded. The other, which I’m connected to, hasn’t been upgraded and Openreach have no intention of upgrading it in the foreseeable future. I’ve written to Openreach several times, I’ve even written to my MP. (Surprisingly, she investigated with Taylor Wimpey, Openreach and the local council, though nothing positive came of it.)

I had an ADSL connection when I moved in but it was so unreliable that I got rid of it in favour of 4G. That was great at first - speeds of around 60Mbps down / 30Mbps up. As more people have caught on, the service has degraded to the point where it’s as bad as my old ADSL connection.

I recently signed up for ADSL again and bought a load balancing router. I now use both my ADSL and 4G connections, with traffic split between them. When one goes down, everything routes over the other connection. Speeds are similarly poor, though I don’t completely lose connectivity as often. (I have still experienced both connections going down at the same time on the odd occasion.)

I’ve now discovered that a private company called YouFibre are bringing FTTP to the area. I checked on their website and was able to pre-order a 1Gbps FTTP connection. They start taking pre-orders when work begins in the area, with a view to services being ready to go in around 6 months. The usual price is £50/month, which I’m more than happy with for 1Gbps! However, they have an early bird discount of 25% for the first 18 months, so that becomes £37.50. When I placed the pre-order, they gave me a further 10% discount. That means I’ll be paying £33.75 a month

I’ve really struggled working from home with the poor connectivity, so I’m delighted this upgrade is on the way.

Glad to read you’ve had a good experience of CityFibre through Vodafone as they are just installing that in my area. The fibre is to the pole outside my house now and they are just connecting everything up and putting electronics in the green boxes. I do have Virgin, but I would like better upload for the work I do like you mention.

I’ve had a couple of glitches with it like for about a month it reduced down to 100 and Vodafone couldn’t work out why but did get sorted in the end and the other someone went through the cable in the street and as disconnected for about a day but other than that been really good. I pay for a 500 connection and I definitely get that 99% of the time

Right, so this might be the time for me to ask that other burning question I had

If you don’t mind paying ~400£/month for a business-grade leased line, I believe the DMCS “gigabit voucher scheme” is still going. All it takes is setting up a company (doesn’t look like the company has to actually be trading) and then claiming the voucher which will pay up to 2,5k£ for the install.

Utter bargain. Hope they come to town quickly for you.
Are there any WISPs operating in your area?

I’m waiting for Hyperoptic to come where I live, I’m planning to get the 500 Mbps

In February the status was “Hyperoptic network has been installed”, but since they have reverted to “Instalation of network started”

No, there are no other options. Really disappointing for a new build development.

FTTP rollout is supposed to be coming within the next 6 months but (elderly) local district councillors have just put a stop to it as road closures would inconvenience them and their voter base. I’m really annoyed about it!

Get a petition going, they should be responsive. Otherwise it will be easy to vote them out at the next election…

I feel for you! I would be livid. And that would be a sure fire way to lose my vote. Nothing irks me quite like ageing politicians meddling in things they don’t understand to fulfil selfish agendas.