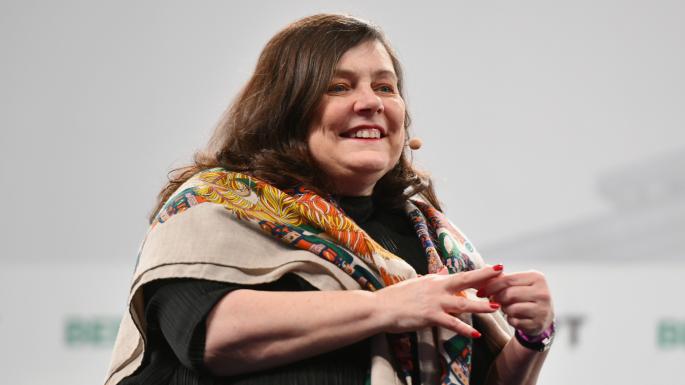 The number of British banks that are considering changing ownership rose by two yesterday after JP Morgan Chase and Lloyds expressed interest in buying Starling Bank.If the digital challenger bank was

I hope that they aren’t bought or merged with an existing brand. The exciting thing about challenger banks is that there’s someone else at the top making decisions. Being bought by Lloyds means it’s just another Lloyds with a different coloured card.

I suppose it will come down to how quickly their investors want to realise their investment.

Starling is profitable now so they should get a good return if they sell up.

It would be a shame though. They have built a good business - the consumer app-based bank, the business side, the payments services, the white label banking as a service.

Can’t help feel that any purchaser would be more interested in aligning Starling to their business than taking the time to understand why Starling works.

Hope they hold out.

Absolutely, I am sure any purchaser (especially one of the big high street banks) would just gut Starling for the technology platform and focus totally on how to migrate their legacy systems across to it.

This would be a great shame.

The best you could hope for would be that there could be a remote possibility that they would keep Starling alongside the main brand as a sort of tech-incubator, experimental subsidiary.

My feeling is that they would be unlikely to, even if it seems like a good idea, as they wouldn’t be able to resist plastering their brand over everything.

Lloyds would put me off Starling entirely. JP Morgen is by far the more interesting prospect of the two. And if a buyout were to happen, I’d prefer it be them. Would be interesting to see what they do with Starling.

I’m curious if there’s any tech company interest too.

Given all the baggage of legacy banks and the dreadful reputations, you would think they’d do this the other way around, and buy the likes of Starling for the brand too. Resets the perception of the old brand in the way, because on the outside it’ll still look like Starling. Very much wolf in sheep’s clothing though.

Lloyds would put me off Starling entirely

Not surprising that there’s little appetite here for a high street bank buyer.

I wonder, though, quite what it is that Lloyd’s has done to deserve it. Is it more than that they’re a legacy bank?

Is it more than that they’re a legacy bank?

Absolutely. I could go into lengthy and excruciating details as to why I would not want a legacy back to absorb and suppress the competition, but I think I can summarise it down to a single point of contention. And that is until Starling and Monzo came along, the regulators were driving nearly all of the innovation in the banking sector.

Lloyds being one of those stagnant banks that had zero interest in making the experience better for the customer for the simple reason that they had no incentive to.

JP Morgen I’d be willing to give a chance to, as they’re largely untested in the U.K., so may be willing to continue to challenge the status quo and innovate.

I prefer companies who are willing to cannibalise their own products and compete against themselves in order to keep innovating and improving the user experience, even when there’s no incentive to do so. Starling feels more like that company. Lloyds do not.

And I’ve not forgotten past lessons when the stalwarts buy out the good ones. Innovation stops, service quality deteriorates at mass market, and there becomes not affordable good choice for us customers. RIP Be Broadband.

It was a dud fund to increase competition without risk to anyone but the taxpayer, they can merge provided the big boy is planning to repay all funds

I hope that they aren’t bought or merged with an existing brand.

I don’t think it would be completely out of character for JPM to have Starling as a U.K. independent subsidiary with Anne at the head; remember she isn’t some startup founder with a few years of experience. She’s a banking veteran with decades of working for big boys.

It would make a lot of sense to gain clout in consumer terms by partnering with an established brand like JPM to assume the name while retaining all freedom to innovate in a market that is significantly similar to their home market WHILE not being financially significant enough to impact their bottom line; it’s like a cherry on a cake for JPM. Innovation served up by an industry veteran, which they can use the tech for in their US home market if it does well.

Hope they hold out.

I don’t think it’ll stay private forever, guess all you can do is pick between the following options:

I’m curious if there’s any tech company interest too.

This would actually be a very good option for Apple trying to launch their financial services across the EU/U.K; or even Sachs (who partner with Apple for Apple Card)

as they want to expand the Marcus brand and also would increase their deposit base way past the asset segregation threshold. Much better than being just over it.

Personally, I like the independence of Starling. If the companies merge they just become another part of a big bank. We need smaller players in place to change the market - the whole purpose of the RBS fund and the sudden increase in new banks over the years.

I’ve no experience of JP Morgan, nor have I read into them.

It’s nice to have a standalone, British, bank

When was the last time they (Lloyds) did this?

Someone who isn’t me worked briefly for LBG and their advice is not to touch them with a bargepole. Also-ran attitude to innovation, extremely lax and outdated security practices.

I wouldn’t argue with any of the points you’ve made. Yet I can’t deny that having adopted them as my high street choice (Starling is my challenger pick), the experience has been top drawer - from CS to the app experience. Weird eh?

The last time it happened, with Lloyds, was Intelligent Finance effectively merged into Halifax (not completely, but almost) and “original TSB” was absorbed into Lloyds TSB (if you want to count that).

Yes, they have had a deliberate strategy of sticking with their current main brands (Lloyds, Halifax, Bank of Scotland and MBNA). This apparently was because the different brands appealed to different demographics, so it was beneficial to keep them separate.

I think smaller banks like Starling are different propositions here, as their brands don’t mean very much to the average person. So if Lloyds acquired Starling, I expect they wouldn’t bother to keep the name as only a small number of people have any affinity to it.

Although, as I said, they may keep it as an incubator brand.

Edit: I just remembered another one. Lloyds closed Cheltenham & Gloucester (a savings and mortgage arm, former building society) and fully merged it into the new TSB before they spun-off TSB. Some customers, depending on products held, were migrated to Lloyds instead.

An IPO is no guarantee of continued independence; far from it.

Once the new company launches on the stockmarket, it would only take a big enough offer from JP Morgan or Lloyds, or whoever, and all the new shareholders would just sell the company, regardless of what Anne wants.
Everybody has their price and many participants in IPOs are only out to make a quick profit.

Yeah, if you’re going to float I suppose you gotta be big enough that your competitors can’t just pick you off.

Even huge companies can be gobbled up this way. Look at how BSkyB which was only 39% owned by Murdoch’s 21CFox is now private and wholly owned by Comcast.

21CFox is now private and wholly owned by Comcast.

Part of Comcast group would still make it purchasable by buying their parent :^)

I know you didn’t mean to, but just for avoidance of doubt, as the quote is rather selective, I did not say 21CF is/was owned by their rivals at Comcast!