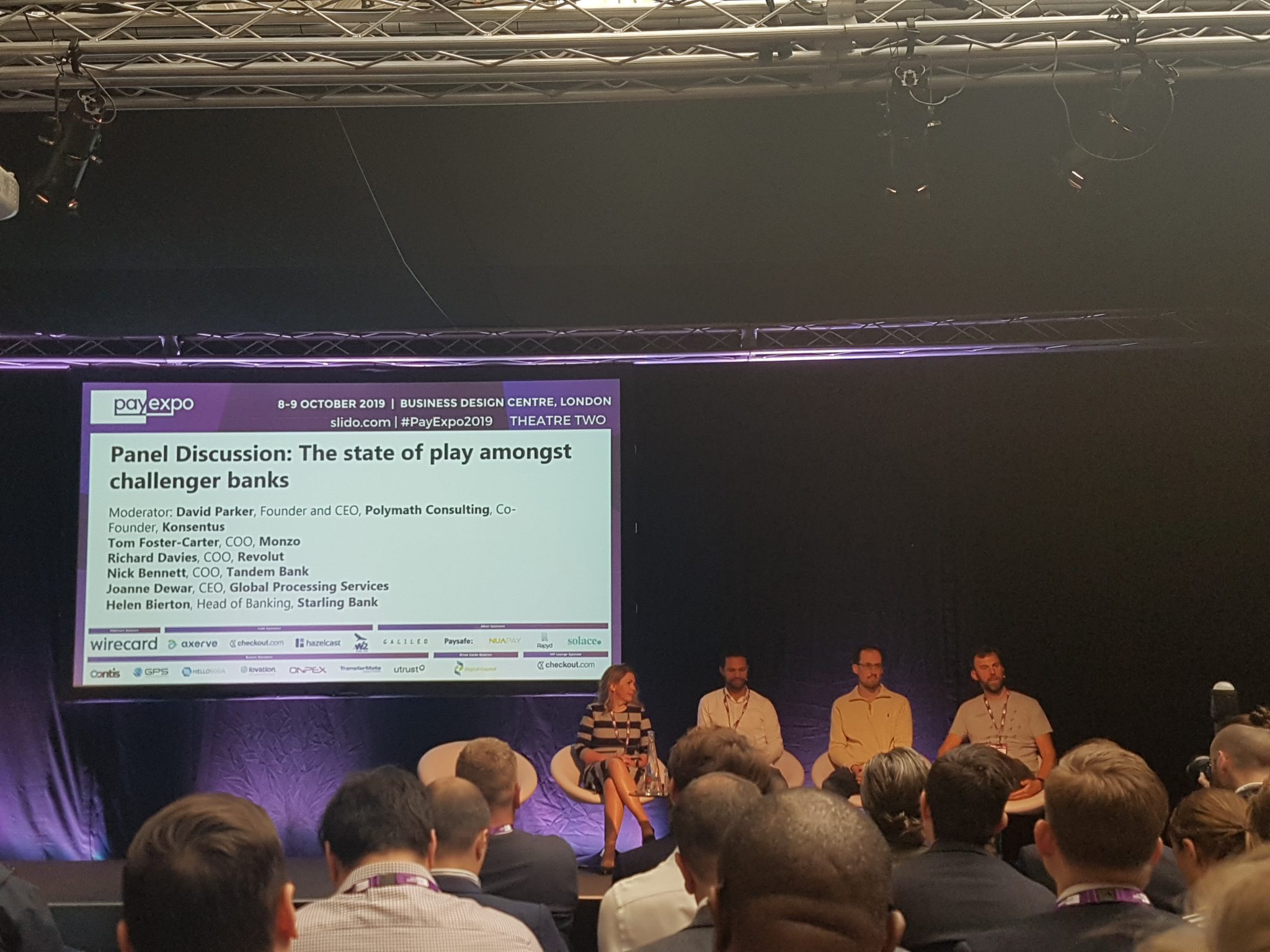 PayExpo 2019: I’m not so sure we should have become a bank, says Monzo COO

His reasons boil down to cumbersome and expensive hoops since its licence.

Probably too candid for the COO to say this in public.

Interesting that he also seems to say they aren’t bothered about becoming a bank people use for their salaries - hasn’t looked that way to me.

Interesting. I always thought their marketplace vision didn’t really gel with being a bank - their product seemed to have little to do with what they said they wanted to build. In my opinion (and I may be alone in this), but things like budgeting tools and price comparisons are entirely different to a bank account, and I see little value with them being tied together. I don’t think that’s the reason he’s saying they regret becoming a bank though. It sounds like it’s more about the extra regulatory burden, probably coupled with the fact that Monzo aren’t doing much lending, so can’t really take advantage of the banking license allowing them to lend out customer deposits.

On a side note, the article needs some copyediting:

The regulatory requirements for a bank are absolutely nothing like what it is to operate as a e-money institution. Takes lots of money and time.

However pointless them focusing on that, its too late now to look back and say maybe they shouldn’t have.

Tandem and Starling both became banks rather than using another authorisation, which was logical. They have a lower initial cost, despite it initially costing more to become a bank.

Has anyone did a comparison on how much its costing the likes of Monzo and Revolut to covert from an e-money institution to a bank, probably not, but I reckon its millions.

Personally not sure I see anything in the article that offers anything interesting.

Use of an account makes a bank money, not just holding salaries. That bit has always been known. However salaries paid in, gives a bank access to much more lucrative rates of lending, and considering lending makes money, that’s a big income generator.

The regulatory requirements for a bank are absolutely nothing like what it is to operate as a e-money institution. Takes lots of money and time.

Chart from the FT this week pretty telling. Probably got upset after looking at that.

Okay I don’t normally slate an article but this seems to be full of mistakes and useless opinions.

“When the fintech looks at the larger data share of transactions, it holds 55-60% of it.” So I’m believe that what 55-60% of card transactions go through challenger banks?

“there is no way they can execute it even if they have the money”. His reason is that, “there’s a huge amount of blood, sweat and tears that goes into this. If you’re on a corporate salary with a healthy pension, where’s the motivation? There’s no human factor like there is in start-ups”. This is an opinion not fact. I know two people who live for this kind of thing who have just got a job in our digital transformation team who will be helping to change our mobile app and they are over the moon. Guess what they are both salaried and that just means they don’t have to worry about pay and benefits they can just focus on doing their job.

Interesting that he also seems to say they aren’t bothered about becoming a bank people use for their salaries - hasn’t looked that way to me.

Why did they even bother with direct debits then lol