Omg, if the communists and nazis had just made it work…

Out of curiosity (and a desire to get a bit of education on how this works), what factors are most likely to affect the amount of cashback we’ll get in the UK/Europe? For example, why would it be profitable for Apple to give 1-3% cashback in the US but not in the UK/Europe?

why would it be profitable for Apple to give 1-3% cashback in the US but not in the UK/Europe?

So to understand this properly we need to bring in something called interchange fees.

This is split between the bank and some other parties, but essentially in the EU it’s capped to 0.3% for credit cards, whereas in the US it can be anything from 1-3% (depending on card type)

Okay, so fees are the way banks make revenue from our transactions? And because they must charge lower interchange fees they will only offer us lower cashback? Then that makes sense. I guess we can realistically expect Apple to offer us about 0.5% cashback - if they are feeling generous, they might give us 1% on Apple purchases.

There is a cost to the bank for every transaction, so the interchange fee is actually diluted. Plus no big company pays anywhere near the cap, a cap is just that a cap, in practice its substantially lower than the cap. Also with a company like Apple who is being talked about in being less careful at lending, it has a higher risk profile so will have more defaults, so will have additional costs. So it’s unlikely to offer more than the standard 0.5%. However apple is smart it’s possible it will offer a decent introductory rate.

I wonder how long it will be before any other issuer follows Apple and turn their card upside down? Starling, Tide, and a few others issue portrait cards, but I’m not sure any issuer has turned the whole card around 180°, causing the chip to be on the right…? It’s an interesting design choice.

My understanding is that credit cards are far preferred in the US over debit cards. Not necessarily because of the ability to accrue doesn’t, but the protection and card benefits are better than debit cards.

They come with so many extras over debit cards in the US. Car rental insurance, extended warranties, lost luggage/travel insurance.

It’s partly why I wonder if N26 and Monzo are going to struggle in the US. The market is very different. 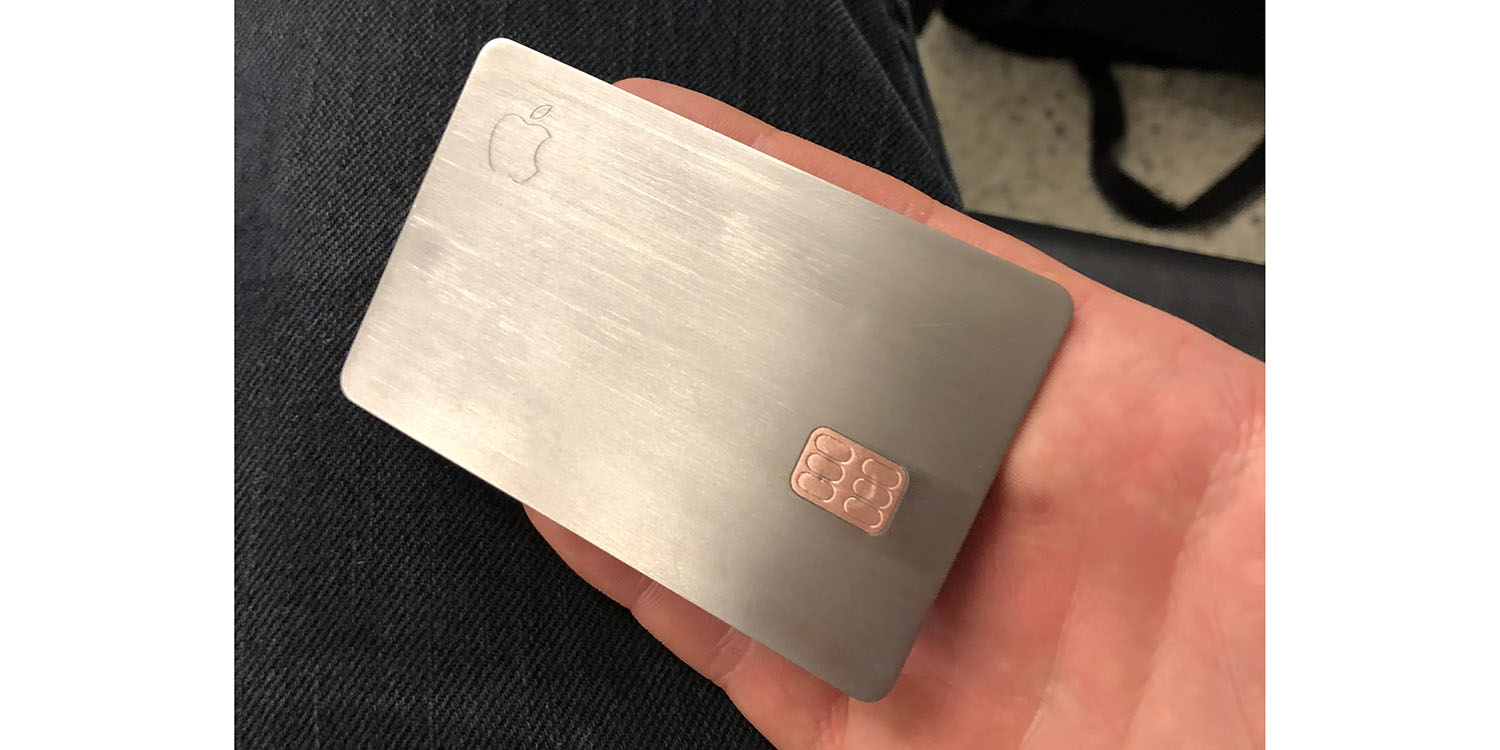 Here's what a bare metal Apple Card looks like, and how to convert your own -...

What could look even more minimalist than a white Apple Card? How about a bare metal Apple Card? That’s what one of our readers now has, and he explains how you could do the same thing with yours… Lukas told us how he did it. Here’s my card, which I...

I like that, you want metal, its clearly a metal card, no confusion .

Over a year after its U.S. launch, MacRumors has uncovered a range of evidence to suggest that Apple Card may soon be launching internationally. ...

Hopefully, this will put a rocket up Starling’s arse to get their credit card launched before Apple do.

I saw the news too and it’s encouraging to hear some rumours about it finally. All this smoke can’t just be due to a fake fire, can it? Frankly, it feels like both Starling and Apple are way behind on this. If Apple’s card has free spending and withdrawals abroad (not fussed about cashback, but is a nice perk), then I’ll go for that.

How to clean your Apple Card

See how to protect and maintain the condition of your titanium Apple Card.

Crikey, all that fuss to look after a credit card! There’s nothing special about metal or titanium cards other than snob value.
People might think they’re special having one, but ordinary people just laugh at them because we know they’re jerks.

How to clean your Apple Card according to their website:

When you have to use a microfibre cloth and isopropyl alcohol to care for your credit card, I think it’s safe to assume it’s gone from being a spending tool to a fashion accessory-cum-status symbol

But in all honesty I do think it looks great, and as someone deep in the Apple ecosystem this does appeal. I hope the rumours are true

Hopefully, this will put a rocket up Starling’s arse to get their credit card launched before Apple do.

Or… perhaps the reason that they have delayed their own credit card due the the fact that maybe they’re the partner bank behind the U.K. Apple Card? Now that would be news.

Maybe as part of the deal they will be getting Starling Bank stuff within Apple Wallet, which would be even cooler

This wouldn’t make much sense. Apple are partnered with Goldman Sachs for Apple Card. They also have a U.K. presence, and are keen to further expand here too. It would make the most sense to stick with those for the U.K. version too.

Barclays would be the next logical choice, as Apple have had a close partnership with them too over the years, and I recall there used to be an Apple rewards variant of Barclaycard in the US, that rewarded you for spending on iTunes and in Apple Stores.

Barclays would be the next logical choice, as Apple have had a close partnership with them too over the years, and I recall there used to be an Apple rewards variant of Barclaycard in the US, that rewarded you for spending on iTunes and in Apple Stores.

Yes, they also use Barclays Partner Finance for their financing options.