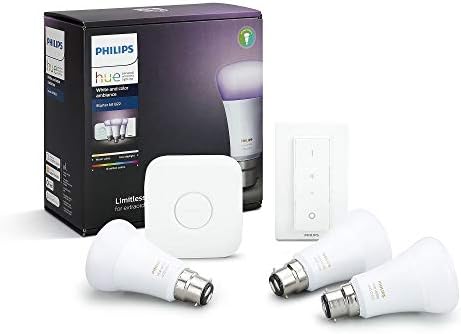 I used to have Prime purely as it was a tiny bit cheaper than the Twitch Turbo subscription I had to remove adverts on Twitch. Now that that’s ended Twitch Prime is completely useless to me and was pretty much the only thing I ever used bar the next day delivery option with Prime.

I find it a shame that I can’t tailor Prime to loose certain features and then add others. Removing ad free Twitch did have me go back to Twitch Turbo, but also lost them my Prime subscription which has now me buying mostly either from retail stores or from other places on the internet with cheaper and easier shipping.

I’ve had a quick look and none of the Prime deals have majorly appealed to me that much so far.

You lot are probably too money savvy and probably don’t pay monthly, but here’s an Amazon membership deal…

Amazon Prime UK membership has been discounted by £20 but hurry - you'll need to have signed up by the end of Tuesday (16 July) to take advantage.

If one of those bulbs die, you’re paying 60 bucks for a replacement. That’s how they get ya.

I’ve had them for years and so far no issues and tbh I have made so much on buying, splitting and selling on these things I’d get it for free.

I have Philips Hue throughout my home and they are fantastic. I have four colour bulbs in the living room, dining room and one of the kids’ bedrooms but I’m very tempted to get this starter pack to replace three of my white bulbs - perhaps kitchen and master bedroom.

The colour bulbs are usually £50 each though they have a lifespan of something like 15 years.

The light strips are well good you should get some, I got some on the last prime and they came with the extensions so sold them on and basically got one free.

I put them under the ledges of my bed like so, in the mornings they are so much better than the above lights.

They are on low so you can get the idea.

That looks cool. I had a lightstrip around my TV, looked great. When I upgraded my TV last year and wall mounted it, I couldn’t get the strip to stick after removing it from the old telly.

I’ve considered using Command strips as they don’t leave any mess behind when you remove them.

No idea how I am gonna get these off, they are strong!!

One of the best Prime deals is the Hive thermostat with professional fitting at £135. I paid £210 for mine 2 years ago. One of my family members ordered one yesterday as an upgrade to his 1st generation Hive thermostat.

For myself, I bought a box of 100 Douwe Egberts coffee pods for my trusty old Senseo machine, for just under £15, now that was cheap!

Also bought a 32gb Sandisk micro sd card for just over a £5 for my satnav.

Today I bought some colour Philips Hue bulbs and a pressure washer.

Overall I’ve been quite disappointed by this year’s Prime Day.

Got the Hive thermostat, Echo Show, Phillips Hue, Roomba and some other smart products at cheap prices yesterday. These deals couldn’t have come at a better time as I’m moving to my own flat this Friday and I plan to build a smarthome.

The only device that unfortunately wasn’t part of Prime Day that I wanted was Ring Door View Cam, which is understandable since it launched a few months ago. Got it on eBay £20 off though.

Lots to look forward to!